If you would’ve told me a month ago I’d be on a boat in the dead of winter in the Pacific Northwest, I wouldn’t have believed you, but here we are. Having grown up on the lake, I’ve been a water baby since birth and even lifeguarded for six years. It seemed like Seattle and I were destined to be soul mates.

The Center for Wooden Boats is an absolute gem. Being someone who gets ADD with people, places and things, I really appreciate interactive museums as a way to get to know a city. Every Sunday, year-round, rain or shine, they offer FREE social sails on a variety of their Instagram-worthy vessels. It’s an incredible opportunity to feel the wind in your hair and “sea” Seattle. Two thousand volunteers run the program, each with different certifications to operate the different boats. In good weather, about 500-1,000 people come out to take part in the experience. In the winter, there are still a couple hundred or so, which makes it easier for you to get your pick of the vintage ships.

I went out on the Puffin, a crazy looking steam powered boat they found and restored from the Great Lakes. Over 110 years old, the vessel chugs along with what looks like a furnace in the middle that’s hand fed logs for fuel. We enjoyed giving the horn a toot and waving to passerby’s.

The 45-minute trip included a tour of the incredible floating houses (some you can even rent on Airbnb) that had me dreaming up a new retirement plan. We also passed the Sleepless in Seattle house, and learned that it was made to look rainy all the time thanks to a cleverly positioned fire hose.

With the Seattle Boat Show in town, the vintage schooners looked even more majestic contrasted next to the mega yachts. We were thoroughly impressed when we were shown where Bill Gates docks his ship with a helicopter launch pad on top.

If you’re interested in visiting the Center for Wooden Boats, you can rent wooden kayaks and paddle boats anytime of the year. They also offer classes in wood working, sailing and a number of other maritime pursuits.

While the Center for Wooden Boats is free-year round, Seattle Museum Month is an awesome opportunity to visit 40+ cultural institutions at a substantial discount. Simply stay at one of the participating hotels downtown during the month of February and you’ll be given a pass for half price admission to any of the participating museums. Cool, huh?

If you can’t make it in February, you can still save money year-round by purchasing a CityPASS. One of my favorite travel hacks, a CityPASS combines the top attractions in most major U.S. metropolitan areas into one ticket to save you a bundle of cash. Most of Seattle’s museums also have free days the first Thursday of every month, so there’s really never a bad time to visit!

Other Not-to-Miss Museums in Seattle

To give you an ample preview of Museum Month, here are a few other hotspots and hidden gems you should consider adding to your itinerary:

The Bill & Melinda Gates Foundation Visitor Center – If you’re frustrated with the state of the world these days (and really who isn’t), this place will fully restore your faith in humanity (and give you all the warm fuzzies). Their mission is to extricate the world of inequality and inspire others to take action. They call themselves impatient optimists, a moniker that’s easy to identify with.

Museum of Pop Culture (MoPOP) – Designed by legendary architect Frank Gehry, the outside of MoPOP is as modern and futuristic as the inside. From castles and dragons in the Fantasy exhibit to an ode to Nirvana and other musical legends, each space has been completely transformed to give you an immersive, 360-degree experience. Each room feels as though you’re in a completely different world from the blood red horror film basement to the indie video games section, which felt oddly reminiscent of being inside a Tetris.

MOHAI (Museum of History and Industry) – Every PNW native should visit MOHAI as it’s an extreme source of local pride. The museum documents inventions that hailed from Washington from the quirky slinky dog to water skis and the rain globe (the regional version of the snow globe), along with highlighting the impact of major Seattle-based companies like Starbucks, Amazon and Boeing. It’s an interesting look into how the region’s geography and climate shaped the industries that thrive here.

Chihuly Garden and Glass – One of the most celebrated art museums in the world, Dale Chihuly is a glass-blowing genius. As you walk through the split indoor-outdoor space, you’ll be overwhelmed as you imagine these intricate shapes and sculptures being created simply by one man breathing into a tube. Don’t miss the greenhouse, which offers the iconic photo spot with the Space Needle looming overhead.

Living Computers: Museum + Labs – The largest collection of working vintage computers in the world, whether you’re a full on tech geek or simply like reminiscing about floppy discs and the Oregon Trail, the Living Computers Museum is a time capsule of technology. It’s a stark reminder that life existed before smartphones, and an interesting look into the future as you play with self-driving cars, robots and virtual reality games.

Plan Your Trip: Where to Stay in Seattle

For some cool outdoor adventures in Seattle, here are some ideas.

Spokane is another Washington gem. Check it out. 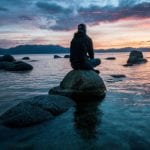 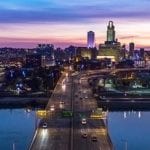 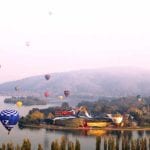 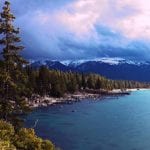