There are certain moments in life you wouldn’t in your wildest dreams imagine putting on your bucket list. Celebrating Warren Miller’s 90th birthday with him? That was one of mine. Something I never could’ve seen coming.

We were lucky enough to hear Warren speak and share some of his wisdom on his big milestone birthday. He said the most common thing he gets asked is how he’s gotten where he is today (I would have asked him where the best place is to ski, but whatever…).

What he said wasn’t revolutionary. It wasn’t even prolific. He simply asks everyone he meets where they live (not where they’re from because that’s out of your control), what they do and if they’re happy. Glowing, I was able to say yes to both. If they say no, he asks why not. Because there was never a point in his life when he wasn’t doing what he loved, making epic ski videos. It’s that simple, as long as you listen. Everyone has a story to tell and something to teach you.

And that’s the beauty of life. Sometimes it’s random and sometimes it’s a wild ride, but if you want something bad enough you go out and get it. Everyone comes into your life for a reason and Warren may have just validated mine.

If you haven’t been to Montana yet, here are some drool-worthy pictures that just may make you want to get out there…

*A big thank you to the Struve family for all their hospitality and a truly fantastic weekend I’ll never forget. And the happiest of birthdays to my fab roomie and bud for life. Photos by Ashling Struve, Anne Benson, Tara Laferrera, myself, and PrivatePowderPhotography.com. 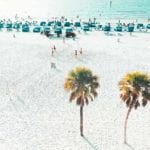